PTFE commonly known as the "plastic king", is a polymer polymer made of tetrafluoroethylene as a monomer. It was discovered by Dr. Roy Plunkett in 1938. Maybe you still feel strange to this substance, but do you remember the non-stick pan we used? The non-stick pan is coated a PTFE coating on the surface of the pan, so that the food does not stick to the bottom of the pan, which reflects the PTFE's high temperature resistance and high lubrication characteristics. Nowadays, PTFE powder raw materials are made into products of various shapes, such as PTFE tubes, PTFE thin film, PTFE bars, and PTFE plates, which are all used in different fields. Next, we discuss the application of PTFE tubes in 3D printer devices.

The topic of whether PTFE is toxic is controversial and PTFE is actually non-toxic.

But when PFOA (Perfluorooctanoic Acid) was previously added to PTFE ingredients, the toxin was released when used at high temperatures. PFOA is difficult to degrade from the environment, and may enter humans and other organisms through physical objects, air and water, and over time can lead to lower fertility rates and other immune system diseases. But now PFOA has been banned by authorities to add it to PTFE ingredients. All our raw material test reports also indicate no PFOA component.

Why do 3D printers use PTFE tubes?

With the rapid development of The Times, 3D printer is a rapid forming technology, also known as additive manufacturing. It is a process of connecting or curing materials under computer control to produce three-dimensional objects, generally using liquid molecules or powder particles to fuse together and finally build up objects layer by layer. At present, 3D printing molding technology is generally included: melting deposition method, such as the use of thermoplastic, common crystal system metal materials, its molding speed is slow, and the material melting fluidity is better;

However, 3D printers have a historic legacy of the headache, easy to plug! Although the failure rate of 3D printer is low, once it occurs, it will not only affect the printing quality, but also waste time and printing materials, and even damage the machine. Many people suspect that the throat tube was too hot because it was made of an additive. Because engineering grade materials require a high continuous temperature, the requirements for components are very high. Therefore, the 3D printer uses PTFE tube as the feeding tube. Many raw materials need to be transported to the printer head in the state of melting, and the transport tube must meet the space requirements of the printer, so now many manufacturers switch to built-in iron fluorine dragon tube, iron fluorine dragon and stainless steel thermal conductivity is low, can effectively reduce the temperature of the throat tube, with iron fluorine dragon tube, plugging failure rate is significantly reduced a lot. So this is the best choice for 3D printers.

If you are in 3D printer business,You May Like 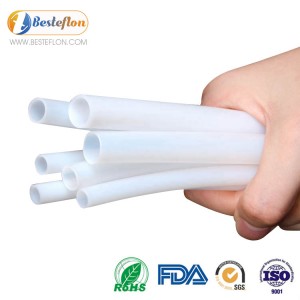 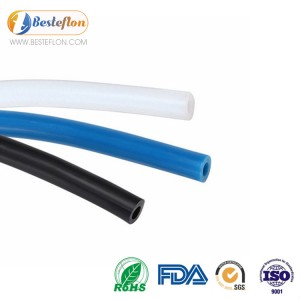 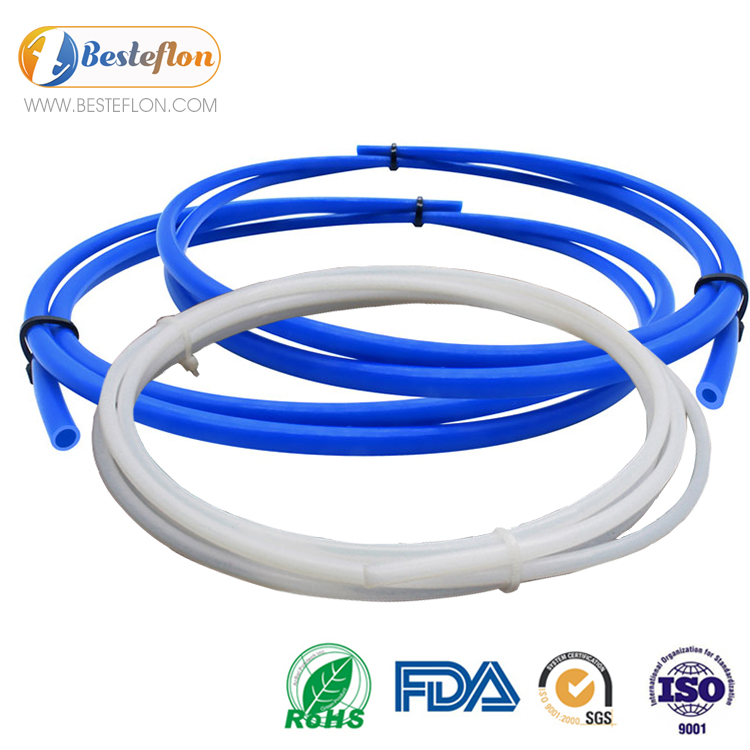 The following is a general introduction of the main characteristics of the PTFE tubes:

1. Non-adhesive: It is inert, and almost all substances are not bonded to it.

2. Heat resistance: ferroflurone has excellent heat resistance. General work can be used continuously between 240℃ and 260℃. Short time temperature resistance to 300℃ with a melting point of 327℃.

4. Weather resistance: no aging, and better non-aging life in plastic.

5. Non-toxic: in the normal environment within 300℃, it has physiological inertia and can be used for medical and food equipment.

Buying the right PTFE tubing is not only about choosing different specifications for different applications. More to choose a reliable manufacturer. Besteflon Fluorine plastic Industry Co., Ltd. specializes in the production of high-quality PTFE hoses and tubes for 15 years. If any questions and needs, please feel free to consult us for more professional advice.

How To Remove Ptfe Tube

Send your message to us:

Write your message here and send it to us